Big changes for me. My mapping API book goes to the printer this week. And, at the end of the month, I will join Programmable Web full-time as Executive Editor. I will manage a staff of freelance writers and do a bunch more reporting myself. We cover APIs and mashups of all sorts, with a healthy amount of mapping in there.

I’ve been calling this my first real job. I’ve never had benefits (other than from my own company) or actual vacation days–the sorts of things that most people are used to. Of course, it’s not “real” in the sense that I’ll work from most anywhere and have flexible hours.

I’ll also have a big challenge on a tiny team trying to do huge things. That’s exactly where I like to be.

“Occasionally people slip out the front door and then they wander.”

That was the problem facing a senior center in Germany. Their patients, afflicted with dementia or Alzheimer’s, would walk away in a desperate search for a reality that only exists in their heads. The story is told in fifteen minutes on an episode of the Radio Lab podcast:

“He sat on an advisory board at the senior center. And one day he came up with this idea. It’s one of these ideas that’s so out there and yet so simple that you think it just couldn’t possibly work.” 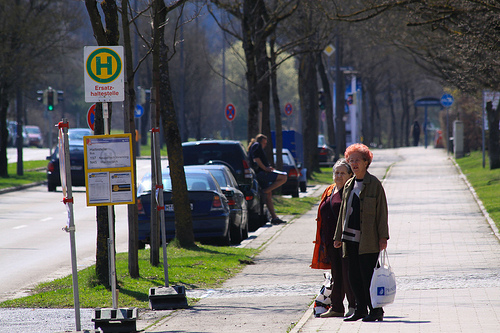 Install a bus stop. Or, more appropriately, a fake bus stop. That’s all it took to stop the wandering patients and give the staff a chance to notice they’ve slipped away.

Do you have a recurring problem with your website, business, or personal life? Perhaps you need a fake bus stop, something that works with the other party rather than against them… and still ends up giving everyone what they want. 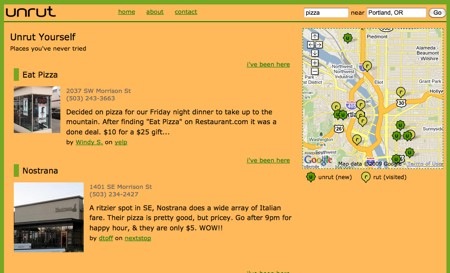 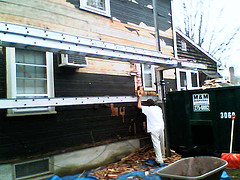 I’m lucky. I get to see many side projects from talented people, such as through my role as organizer of Portland Web Innovators. We have a recurring event, Demolicious, to share what people have been working on. In fact, there is one next week. If you’re in Portland, please attend.

There is something else I see often–side projects that don’t get finished and languish in a half-complete state. Or worse, they become trapped as unexecuted ideas. It’s nobody’s fault. Life takes over, priorities are forcibly skewed. Side projects, which are often passions, hit the back burner.

Update: I am no longer accepting new clients, but always am interested to hear about your ideas and point you in the right direction.

This is part of my continuing campaign to help others create on the web. I’ve written tutorials, a book and over 100 articles on Programmable Web. These are passive methods. While rewarding, they don’t provide much connection with those I am helping. Side project coaching, working one on one, will help me work toward my goal much more actively.

It’s a new year and it seems like a perfect time to pounce on those cobwebbed projects. If you have a side project, resolve to finish it in six weeks. If you know someone I can help, send them my way. 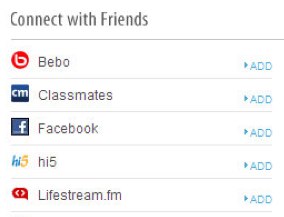 I have a problem: I don’t remember who you are. Okay, maybe not you, but in my travels around the Internet, I sometimes become connected to someone on a social website that I don’t remember. I could use a little context, some help triggering my memory.

Has there ever been a time when the average person has maintained contact with more people? Has it ever been this easy to make these contacts public? Between Facebook, Twitter, LinkedIn and scores of other social sites, many of us see over lists of hundreds–or more–of individuals.

A study showed that we can’t maintain more than about 150 relationships. I’d agree that it’s tough to be real friends with more than that. But I’d also counter that contacts on social websites aren’t always exactly like the “friends” we keep in the offline world. This is especially true when contacts are more casual, such as on Twitter or when reading blogs.

The following are issues I’ve noticed with social software where I believe a little context would be useful:

I see a few ways social software could help us out and I’d love to hear your ideas.

Have you noticed these problems, too? What solutions do you have?