Since I’ve never worked for a company with more than about 50 employees, I’m probably biased when I say that big company simplicity is rarely simple, or good. My hunch is this is because they “boardroom” the idea until it is complex, even while pretending to be otherwise.

During my Ignite Portland presentation, I mentioned IBM’s Create Simplicity campaign as an example of this unfortunate trend. 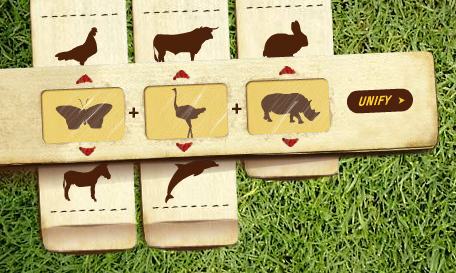 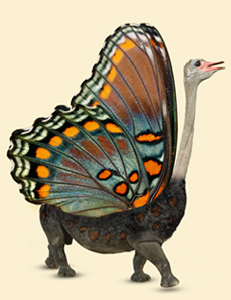 Choose three animals, mix them together, and get something better. I don’t see the simplicity in a butterfly-ostrich-rhino combination. The point is supposed to be that their new Lotus Notes is a hybrid of other tools, all in one place. To me that sounds like feature creep, not simplicity. And I’m not sure the butterostrhino is the best way to communicate it.

I suppose CreateSimplicity.com has the pieces of a successful microsite, but it just feels icky.

I’m sure there are great examples of big companies that can find simplicity. Certainly the company that makes my laptop is one example. But all too often the projects that are supposed to be simple end up conflicted by compromise and looking a bit too much like three animals stapled together.

Thanks to His Duffiness for sending this site to me.