This is part of a series looking at John Maeda’s ten Laws of Simplicity.

“More emotions are better than less.”

Get ready designers. Like the law of context, this chapter is for you. The law of emotion makes flair okay. It allows for the flash intro and might even forgive MySpace their misgivings.

“When emotions are considered above everything else, don’t be afraid to add more ornament or layers of meaning.”

Maeda admits that this appears to contradict reduction, the first law. To make sense of this, I imagine the simplest web page possible. I picture a heading and some text, all black on a white background. 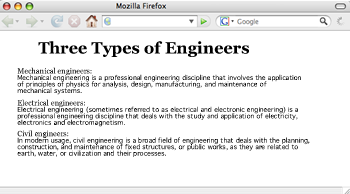 A blank page might be simpler, but reduction is also about being as complex as necessary. Most designers, I would guess, would want to add something to the above Web page. If I took a poll of what it needs, I’d guess the number one answer would be color. Why?

As the law of context showed on the hiking trail, color can help point the way. The law of differences would say we need multiple colors to provide proper contrast between unlike elements. Indeed, white text on a white background would not be complex enough. Folding in the law of organize, it would be perfectly appropriate to use colors to separate different categories. 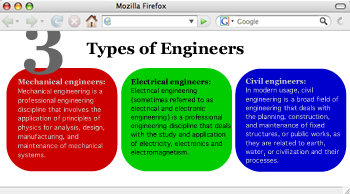 Still, I bet most designers would want to add to this. They would want different colors, or some sort of graphic. Asked why, one might say, “it just feels right.”

That is the law of emotion. If you are still skeptical, Maeda gets much deeper into it in his book.