We all know that to get really good at something requires practice. The popular notion is that it takes 10,000 hours to master something. In my experience, it takes considerably less time to become noticeably better. And noticeably better is good enough for most people. It turns out that quantity and quality are not always at odds. In fact, with practice–quantity–one can achieve quality. My favorite story of this principle comes from art. 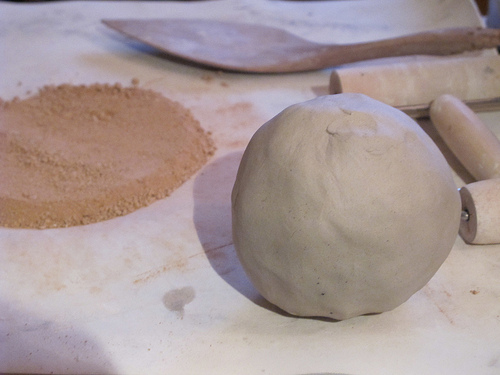 It’s said that an art teacher split his class into two segments at the beginning of the semester:

At the end of the semester, the students with the best work were the ones who created the most art. Quantity produced quality. 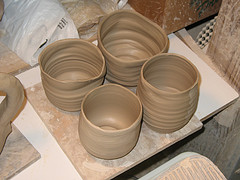 I’m not sure where I first heard this story, though I recently saw it cited here. And I’m also not sure if the story is true, but the lesson it shares is important. It’s changed how I approach creative work.

When I struggled to write a 300 page book, I took to blogging at ProgrammableWeb to flex my sprinting muscles. Each day I started by writing a blog post. Since I was being paid per post and had a big book to write, I would blog as quickly as possible. After a couple weeks of this five posts per week pace, I realized the mentality had transferred to my book. No longer was I thinking of each section as something that would be forever in print, a daunting mental block. Each page of the book did not need to be a perfect gem, it just needed to be another page.

My friend Fritz at Who2 had a similar issue, a common case of blogger’s block. The desire to make each post an opus was keeping him from writing posts at all. Then he just started writing. Sometimes he’d write short posts, just a few sentences long, but it was important that he was publishing posts. Just doing something develops the habit. Then the repetition makes you better. By the way, the Who2 blog is now really, really good, far surpassing “noticeably better.”

It’s not just writing and clay, quantity can also create quality in other artistic endeavors. Take the BeeGees, who we now know for hits like Stayin’ Alive. They released 12 singles before getting on any charts, and that was just in Australia. Granted, there are plenty of stories of bands that never reach commercial success. But think about the effort that goes into recording and then releasing a dozen singles. That practice paid off.

Last year I happened upon a pretty cool student project called API a Day. Ali Fairhurst spent the month of January using a new API every day. APIs are ways websites can share data or functionality with other sites by making it available to programmers. I was keen to follow along, because Ali was living the principle of quantity. I touched base with her about halfway through and she said something interesting: She as finding the use cases of the APIs she chose too similar. She was getting bored.

Boredom may be the key to why quantity breeds quality. By doing more of the same thing, you yearn for something different. And since you’re bound to also be bored by something lesser you try something greater. Until that, too, becomes boring.

In far less than 10,000 hours you can become noticeably better at whatever you practice, simply by aiming for quantity over quality. What do you want to do better?