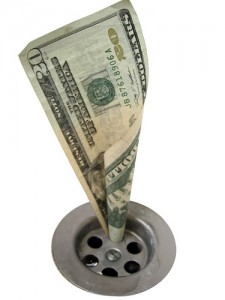 Just about every day I have at least one new idea. New ideas feel really good. With a new idea, everything is possible, nothing can stop me and there are no barriers in the way of everybody instantly seeing its value and adopting my new idea.

Along with every idea comes a name. Names are important. For example, I have been in three bands in my lifetime. There were another 84 bands that I wanted to start, but we never found a name. With these ideas I have, they’re usually accompanied by a name. And sometimes I really, really like the name. When the domain version of the name is available, the urge to buy is strong. Remember the false optimism about an idea? It pushes me to make the purchase.

Buying a domain name for a new idea releases dopamine in your brain. Almost certainly no study has shown the previous assertion to be true, but obviously it is true.

I discovered a method for solving this issue of buying domain names for projects that never go anywhere. I just don’t buy the domain names. This leaves me with more money, though less dopamine.

Instead of buying a domain name for today’s amazing idea, I give myself a goal: create a prototype for this can’t-miss idea and as a reward I get to buy the domain name. Yes, that means someone could register the domain name out from under me. That’s why I should move quickly.

Should. The reality is I rarely move quickly. After all, there’s a new idea tomorrow.

Your mileage may vary. Results not typical. Use only as directed.

Keep in mind that this is how much I saved in just one year of instituting my prototype-first rule. I actually have been at this for several years. For example, when I launched unrut, I sat on that domain name for six weeks. I put together the prototype and only when it was done did I allow my hands on that five letter, pronounceable, brand-able domain name.

Setting this rule has been useful for me to avoid habitual domain purchases, but also harness my energy toward the projects I am most likely to finish.

What are your tricks for making the most of your best ideas?

Photo by Images of Money