Your favorite baseball team is down by three runs in the bottom of the ninth inning. This is rough anytime, but during the playoffs, this can be demoralizing.

What luck! The leadoff batter squeaks a hit through the infielders. The next guy singles into right field and there are runners on the corners. Your team is still down three runs, but any fan will tell you it’s different now. 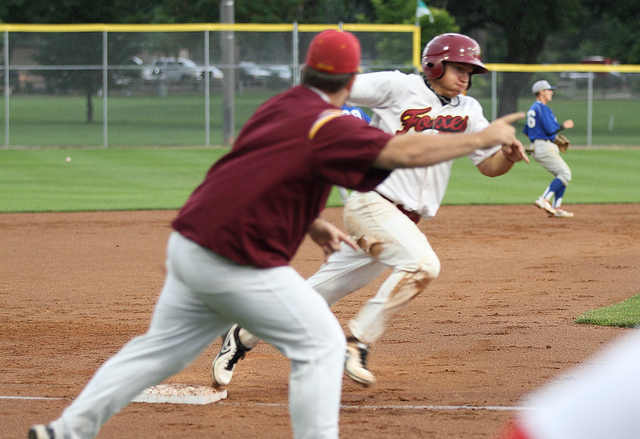 Momentum has swung in the direction of your team. Now they aren’t working to avoid a loss, they’re constructing a victory.

You don’t have to be a baseball player, or even a baseball fan, to get this kind of momentum. You can create it.

Working out: Every Day or No Way

Two years ago I was having a hard time getting to my three hourly visits to the gym each week. I tried the usual trick of putting it on my calendar. But it required a 90 minute block, which often meant it got shoved aside due to urgent work. Mike Vardy at Productivityist recommended a 30 minute workout five days a week, but making time every day seemed even harder.

A year ago I finally took Mike’s advice and it’s made all the difference. I don’t need to think about whether it’s a workout day, because every workday is a workout day. And I can more easily fit a shorter workout into my day. It’s an hour round trip. And once I’ve gone a couple days in a row… I’d miss it if I didn’t go the next day.

Among the things I do at the gym is this funny-looking exercise called a kettlebell swing. It’s a little awkward the first few times, but it’s all about momentum. You drive the kettlebell back between your legs. As the pendulum moves forward, you stand and drive your hips forward. When the kettlebell falls backward again, repeat.

Once you have it down, momentum carries you through. If I get stuck, I can start again. It requires a little extra effort, but I know from experience that the motion of the exercise will create the movement on its own.

Consistently starting allows me to see progress, whether it’s another set of kettlebell swings, a new week at the gym, or any project I want to see be successful.

How many times have we seen a friend share their fundraiser, only to see nearly $0 raised? Be honest: how much does that make you want to donate?

Some people might want to provide that first donation to help, but the majority will not be motivated. This is something professional fundraisers know. They’ll quietly gather donations from insiders before publicly acknowledging progress.

It’s nice to create a sense of progress before you launch the fundraising thermometer. An empty fundraising thermometer can hurt you more than it helps you. When it comes to donations, people don’t want to think that they’re the first. They want to see that lots of other people have trusted your nonprofit with their hard-earned dollars.

People want to support forward progress. The same thing that works with someone else’s fundraiser can also help with your own projects.

Blogging: Plan What You Publish

Though my personal blogging has been spotty, I’ve been doing it professionally for more than 10 years now. Many times I’ve been the one who created a publication plan, laid out an editorial calendar, and worked with writers (including myself) to execute.

Every time there is effort needed to start, but consistency creates momentum. It doesn’t take more than two or three weeks of publishing for it to take on a life of its own. Ideas get easier to come up with, posts become easier to write. It’s like the baseball team that gets a couple hits and suddenly feels in the game again. 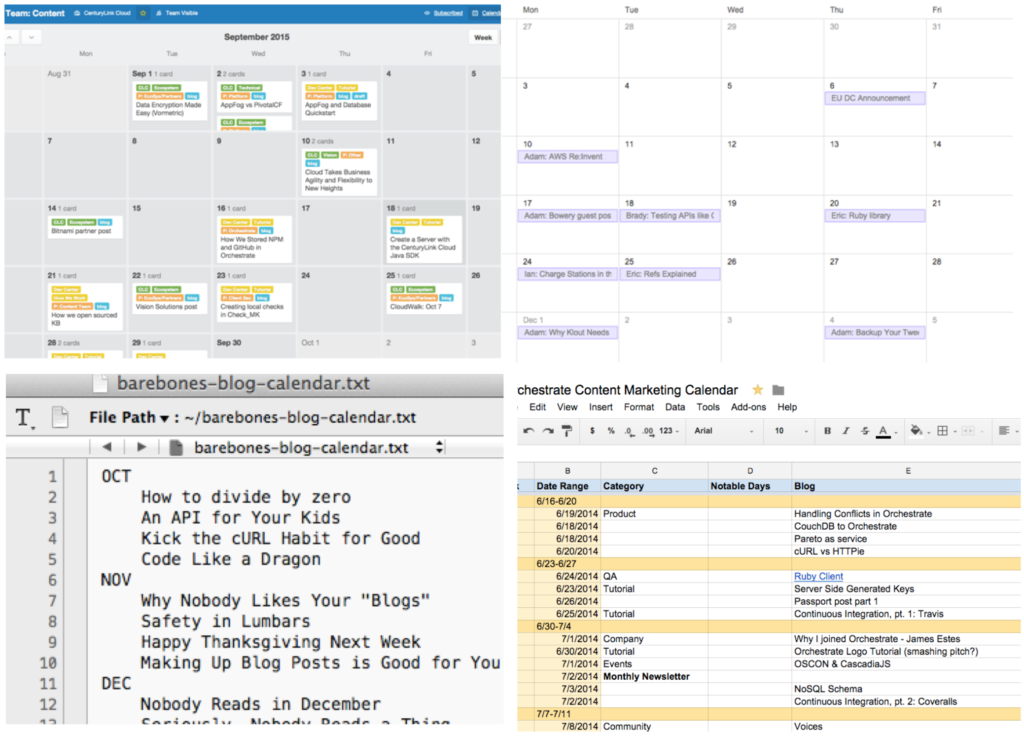 When I speak at conferences or do trainings on technical content strategy, I always recommend an editorial calendar, but stress that the tool you choose doesn’t matter. What you need is a way to plan your posts in advance, so everyone on the team knows what’s coming.

Importantly, your plan for upcoming content has to look like a real headline, not some placeholder gunk. I think one of the reasons this works so well is that it helps you start at the ending.

It marks out the future as if it’s already happened, which means you can already feel the momentum.

Overwhelm: Overcome it With Action

All of this sounds great to someone with the motivation to start. We all get overwhelmed, which makes it much harder to take advantage of the simple trick of momentum. Alex Theis has a short, impactful episode of his podcast for exactly this situation.

There’s not really a replacement for taking action, but Alex shares some ideas for getting unstuck. Things like making a list of everything you need to do, because knowing the full story is always better. Then choose the things that are most nagging you and do those. Again, you’ll feel the momentum.

Alex tells a story of how he turned overwhelm into one of his most productive days. You can do the same by using momentum positively. As you write the blog posts, go to the gym, or make your ninth inning comeback, look for the ways you can see the momentum.